Last weekend redVanuatu founder Andrew Hibgame tackled the grueling inland trek “La Piste Bleue”. The race is an annual event in Vanuatu sponsored by Unelco the electricity supplier here and has been going for 17 years. The course changes every year but always runs through the middle of Efate (the island where the capital Port Vila is located).  Andrew had his fiancée, Christina, and a Piste Bleue veteran, Alan Churchill on his team. This year was Alan’s 15th race and at over 75 years old it’s not a bad effort! 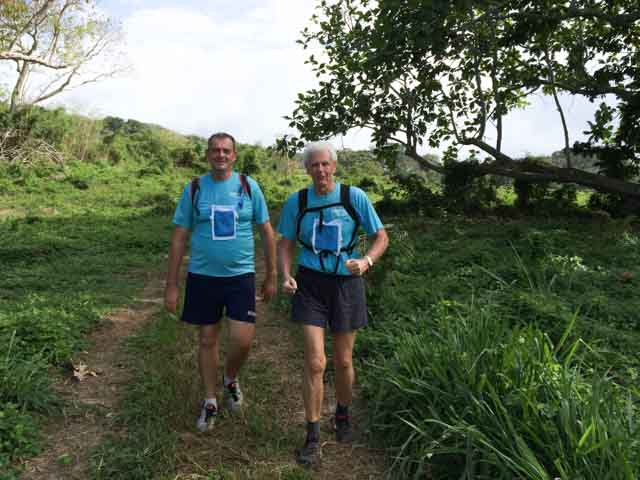 Not only is the event a great (if not energy zapping) day out but a fantastic way to see parts of Efate you don’t often get to see. This year’s course was pretty tough with a lot of up and down hill sections. Fortunately the weather was dry so the track remained in good condition throughout the day and allowed for some spectacular views of the island of Nguna’s volcanic caldera near the end of the course. It also ran through rivers, passed water taro gardens and past some amazing banyan trees – locally known as Nabanga trees. 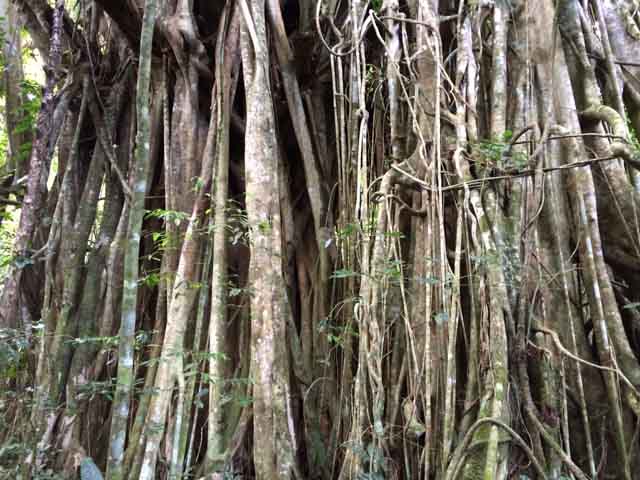 One of the Many Nabanga trees on the route

La Piste Bleue happens once a year at the end of August but if you like trekking and seeing the bush redVanuatu has some great walking, cycling and kayaking trips run by the acclaimed Ecotours. Click here to have a look at what’s on offer. 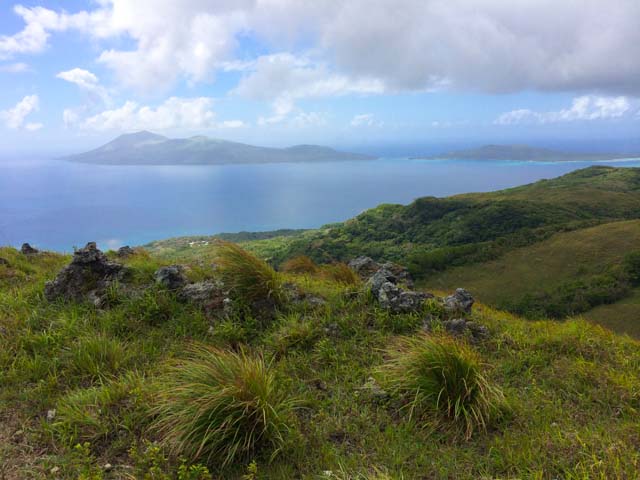 Tours and activities in Port Vila for Cruise Ship visitors

Family tours and activities in Vanuatu
Scroll to top